The court tower, a 16-story and $340 million project, is the newest addition to the Maricopa County Courthouse. On February 27, 2012, it became the largest courthouse in the state of Arizona. The new tower allows for a more integrated and streamlined court system, by combining courtrooms and jail cells all in one facility. The project emerged from legal entanglements as a good example of the public sector succeeding in a time of economic uncertainty.

Infax was selected to provide several software solutions from the Infax Judicial Suite. Just inside the courthouse, twelve 57-inch liquid crystal displays were installed to showcase information. A smaller display located outside of each courtroom confirms that a patron has reached the correct destination, and allows each judge to present individual messages.

Eight touch-screen information kiosks in the lobby offer maps to guide patrons through the new court tower and to other campus buildings with turn-by–turn directions and floor-by-floor maps. The kiosks are multilingual and configured with English and Spanish text. Patrons can also use the kiosks to find their courtroom by performing a detailed docket search by their name or case number.

Prospective jurors will check-in for jury duty using 18 touch-screen kiosks, and then monitor their status on 44 overhead monitors throughout the jury assembly area. As court personnel select jury panels, the displays identify empaneled jurors and direct them to assembly areas for further instructions.

The electronic information kiosks and wayfinding displays are powered by Infax, Inc and Xerox provided the interface to the county’s case and jury management systems. 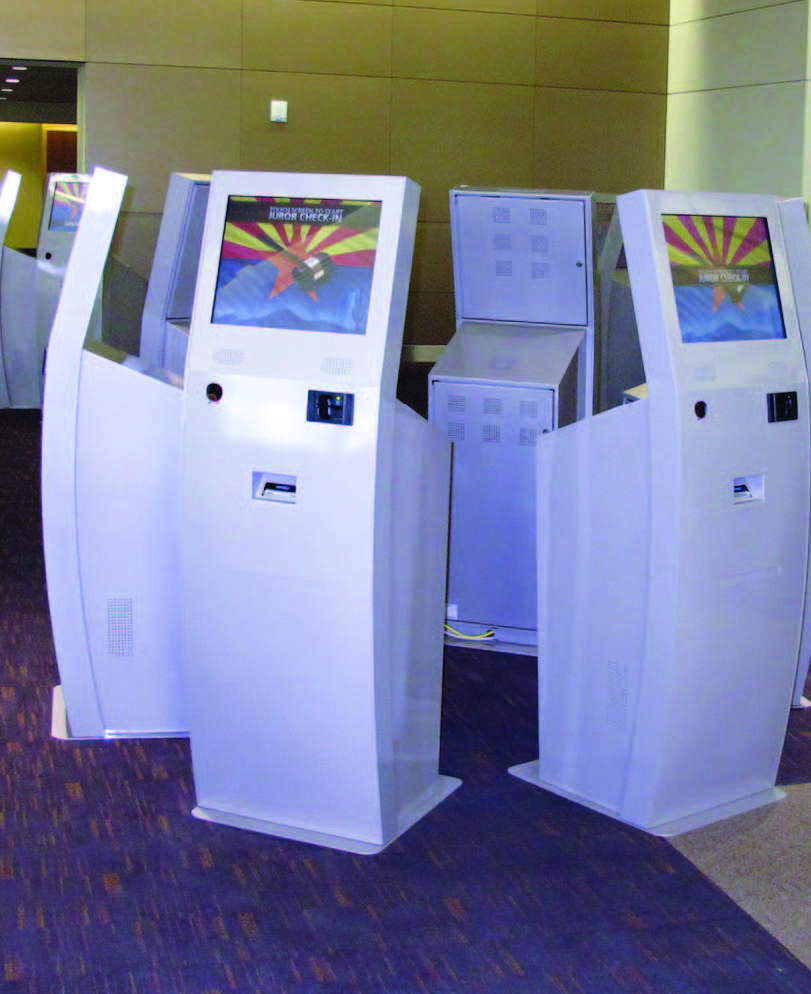 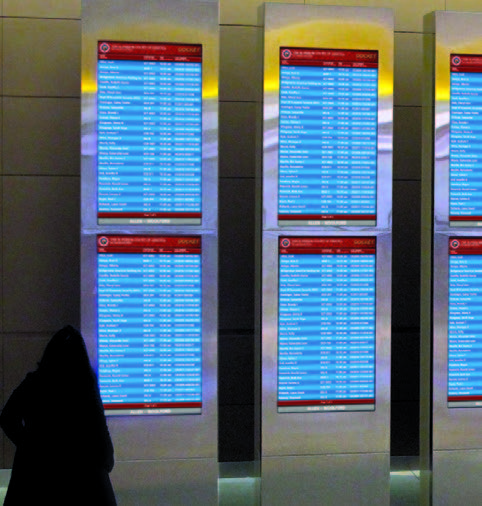 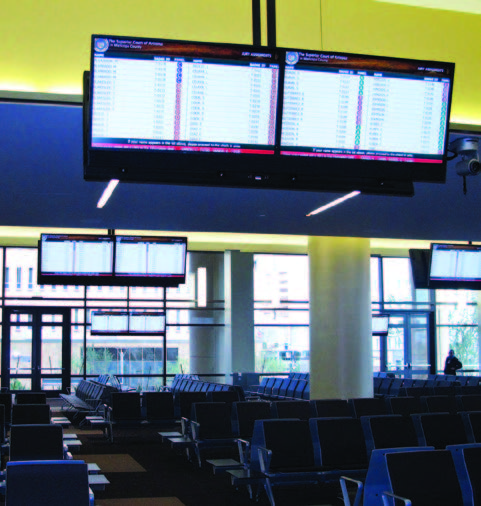