"As the litigants come in the courthouse, they use the informational directories located in the lobby to find out which floor their destination is on. Once on the correct floor, the litigants can find the office or their names and case numbers on the digital displays outside of each courtroom. This information is pulled from the Odyssey case management system, which is updated automatically every hour. The courts no longer have to put up and manage paper copies of the docket for their respective courtrooms."

The Garrahy Judicial Complex in Providence, Rhode Island, is part of the Rhode Island Judiciary. The 6th Division District Court, Workers’ Compensation Court and Providence County Family Court are housed in the complex. With so many divisions under one roof, high amounts of pedestrian congestion began to build up in the lobby areas as patrons became confused about where to go. Patrons would also interrupt staff members to ask for help, which only slowed the complex down more. To fix this problem, the Garrahy Judicial Complex sought a solution to streamline patrons’ navigation throughout the building, allowing court personnel to focus on their assigned tasks without distraction. Infax submitted a bid in response to the court’s request for proposal and was ultimately chosen for the job.

To help relieve patron congestion, Infax configured its DocketCall® and Engage software solutions to seven 32-inch and two 40-inch monitors in the courthouse. The Garrahy Judicial Complex uses its monitors as split screens between the two solutions, which adds a distinctive feature to the installation. DocketCall, Infax’s flagship product for justice facilities, integrates with the court’s existing Tyler Odyssey case management system to automatically display case information in real time. With Engage, users can create facility maps, directories and more to provide further guidance to court patrons. Using DocketCall and Engage simultaneously on a split screen allows the court to display real-time weather conditions and case information from juvenile, child support and domestic cases. In addition to its integration with the CMS, the system also integrates with the court’s SimplexGrinnell fire relay system.

The Infax installation in the Garrahy Judicial Complex has greatly improved the efficiency and productivity of the facility. By organizing and displaying case information in real time, DocketCall gives patrons the ability to find their way to their specific courthouse destinations without asking staff for directions, keeping both themselves and staff members moving. Engage provides further direction to patrons by displaying facility directories, maps and public messages. With this additional visual information, patrons feel confident in their ability to navigate the courthouse. The system’s level of success at the Garrahy Judicial Complex prompted the state to expand again to the Rhode Island Traffic Tribunal and the John E. Fogarty Judicial Annex. The Infax system for the Rhode Island Judiciary highlights the customizable nature of the Infax software as well as its ease of expansion to other buildings in the state. 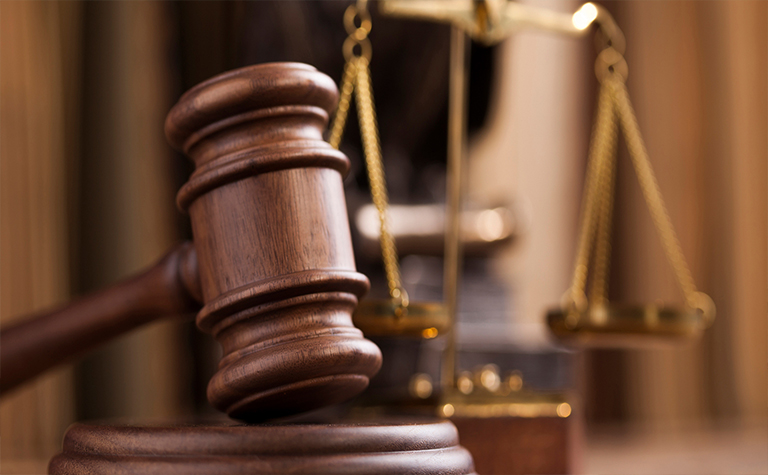