Infax provided software to drive all displays throughout the stations, and to build and trigger synchronized audio announcements through a Penta public address system. Amtrak personnel make changes to scheduled operations through an Infax-created web interface. Infax software also handles data distribution between Amtrak’s data center and the stations.

The system’s key is an Infax interface to Amtrak’s train operations web services. The application adjusts train information to Amtrak’s best estimates, and has been carefully optimized to reduce unnecessary queries. Train status updates trigger advanced logic that can display different messages depending on prior train status, for instance, “Train 345, which was scheduled to arrive at 12:53, is now scheduled to arrive at 1:32, due to a mechanical problem.” Amtrak personnel adjust time for boarding, last call, and a number of other events relative to the train’s scheduled arrival or departure time, and announcements are adjusted to match. 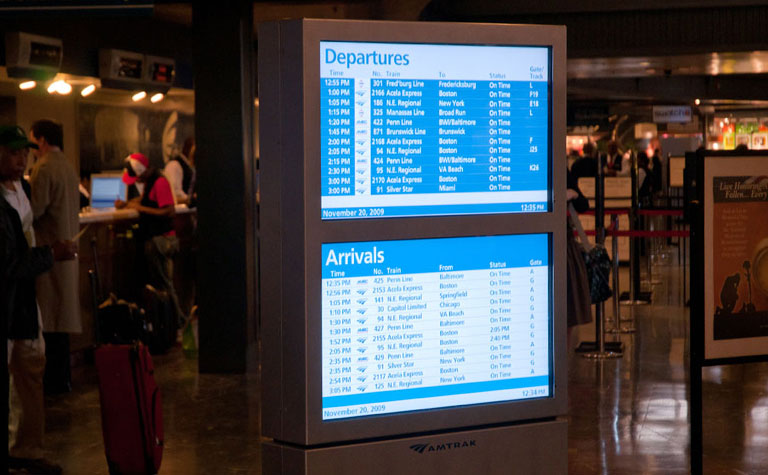